We’ll pose it to our team of experts and get back to you as soon as we can.
Thanks for your question! We'll get back to you soon.
Oops! Something went wrong while submitting the form.
All Stories
Next Story
Sade Dozan
Development Director for Caring Across Generations

Giving birth to her daughter just as her mother suffered a heart attack makes Sade part of the 'Sandwich Generation'—those who are raising children while caring for their parents. 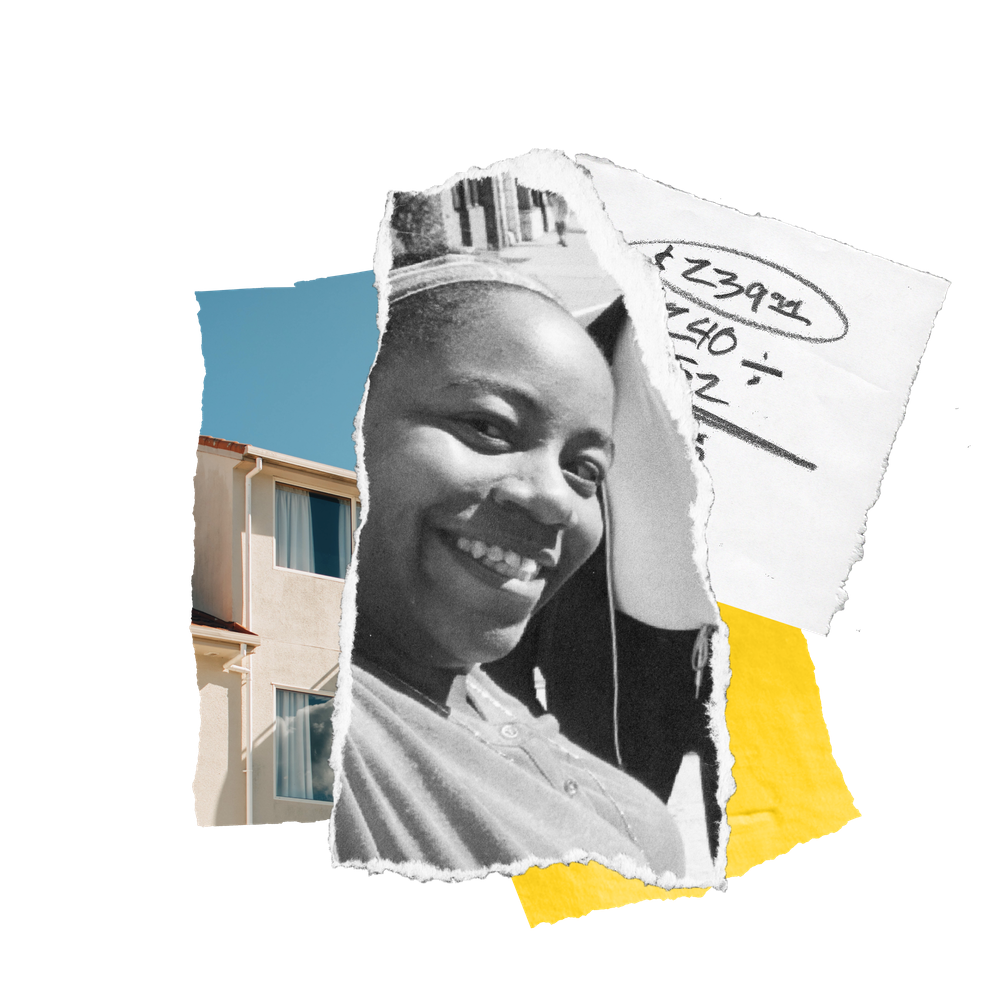 Sade is part of the Sandwich Generation, a name given to adults caring for both young children and aging parents. Every day, she feels the squeeze of having to help support her mom and dad while raising a 2-year-old daughter — and managing the demands of a full-time job.

Not only do Sade’s caregiving roles demand a lot of her time, but also they impact her finances. She estimates that about half of her income goes toward caregiving. However, she’s happy to give both her time and money because she feels that she owes it to her parents. And being their caregiver has brought her closer to them.

When Sade had her daughter in 2018, her parents moved closer to help her. However, the roles were reversed when Sade’s mom had a major heart attack. Sade had been providing some assistance to her parents. Suddenly, though, she found herself having to become more vigilant to ensure they were getting the help they needed.

They are grown adults, and they deserve dignity and respect.

Since then, Sade’s mom was diagnosed with cancer and had surgery. So Sade has continued to assist her 69-year-old mom and 75-year-old dad. However, she tries to make her caregiving appear less hands-on than it really is because she doesn’t want her parents to feel like they’ve lost their autonomy. “They are grown adults, and they deserve dignity and respect,” she says.

Sade thinks of herself as a “caregiving spirit,” who gives her parents gentle nudges and supports them when necessary. That said, she does contribute significantly to ensure her parents’ well-being.

Sade is the primary financial caregiver for her daughter, while her partner fills the role of stay-at-home dad. For her parents, she helps oversee their finances. Sade makes sure their bills are paid, helps them deposit checks, navigates the Medicare system for them and checks in on their financial status.

She typically spends about two hours on the phone a day checking in on her parents and reviewing bills and expenses. She also visits them once or twice a week. To keep organized, she sends herself emails and sets alarms to remind her parents of upcoming or ongoing payments.

The majority of what I’m doing is making sure that whatever their fixed income is that they can work within it.

“The majority of what I’m doing is making sure that whatever their fixed income is that they can work within it,” she says. That often means paying bills for her parents. Sade says that she covers their car payment and insurance. She pays for about 50% of their grocery and utility costs. And she picks up the tab for medical costs that aren’t covered by Medicare.

The hardest part, Sade says, has been trying to stay on top of all the small things. She doesn’t want to let anything slip through the cracks then cause bigger problems down the road.

Getting support for herself

As a stay-at-home dad, Sade’s partner plays a big role in supporting their daughter. He also helps Sade care for her parents. He mows their lawn and helps out around their house.

There aren’t really comprehensive policies that support the needs that I have.

However, Sade wishes there was more institutional support for caregivers. “There aren’t really comprehensive policies that support the needs that I have,” she says. “That’s exactly why I work where I work.” Sade is the director of development for Caring Across Generations, a campaign that works to make quality care more affordable and provide support for family caregivers.

She says she feels fortunate that she has a job with a steady income that allows her to support her family financially. She also spends an additional 25 hours a week doing freelance work to bolster her finances.

Giving back to Mom and Dad

Being a caregiver has meant making sacrifices, but Sade feels that she owes it to her parents to help them because they made sacrifices for her. In fact, she never questioned whether she should step into the role of caregiver. “It’s just something you do,” she says.

However, she wishes that someone had prepared her better for that role. Caregiving can start off slowly, helping your parents with a few tasks here and there. Suddenly, you can find that role shifting. “One day, you really are the person who is responsible for their well-being,” she says.

I feel more authentic in my relationship with them—probably because of the level of vulnerability and closeness that caregiving has.

Sade is grateful for the experience, though, because she feels closer to her parents now. “I feel more authentic in my relationship,” she says “and I feel more honest with them— probably because of the level of vulnerability and closeness that caregiving has.”

Sade Dozan has been a caregiver for her parents starting in 2018 when her mother suffered a heart attack. She helps with day-to-day financial tasks, as well as provides emotional support. Along with being a caregiver, Sade is the Development Director for Caring Across Generations.