We’ll pose it to our team of experts and get back to you as soon as we can.
Thanks for your question! We'll get back to you soon.
Oops! Something went wrong while submitting the form.
All Stories
Next Story
Kristen Edens
Founder of Managing Midlife

Financial scams don’t just come from strangers—sometimes the threat is inside your own family. 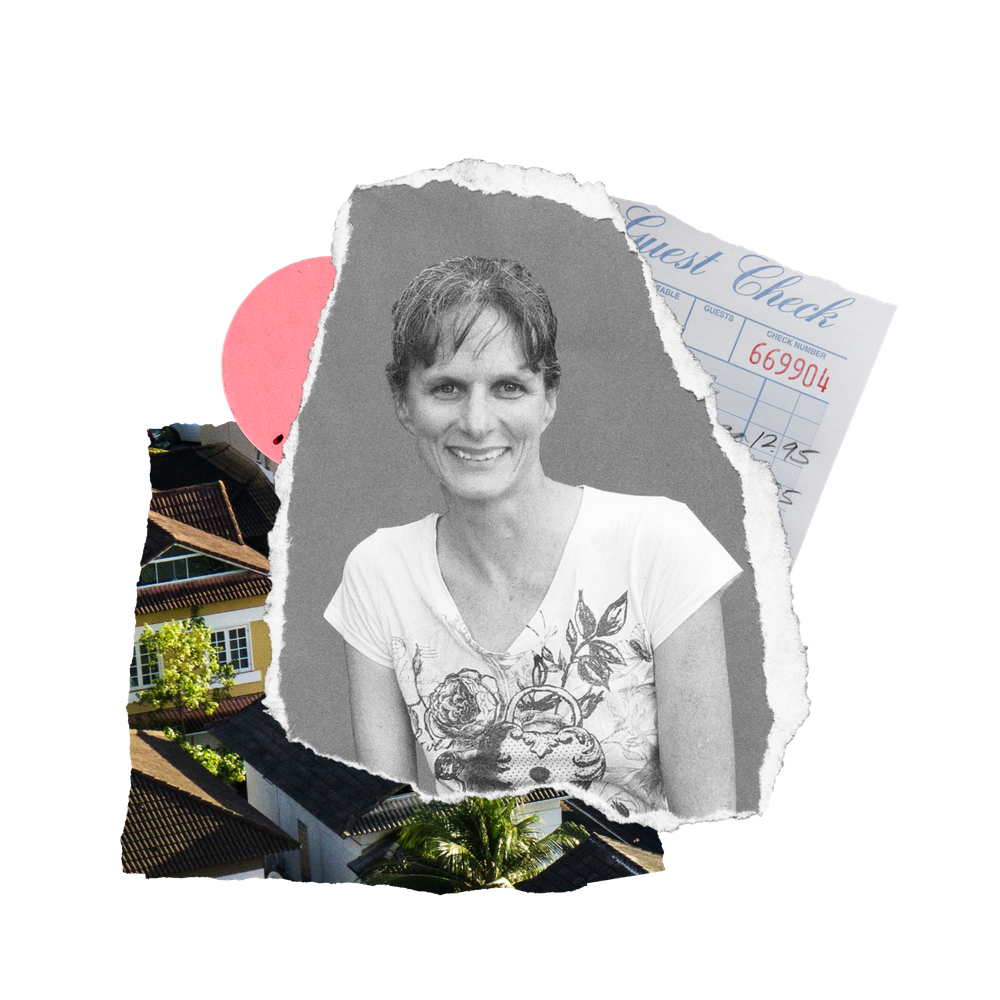 For the past nine years, Kristen Edens has been a caregiver not for just one person, but for four. At first, she was helping care for her dad. Then she started caring for her mom as well as her partner. During much of this time, she also has been helping raise her granddaughter.

To call it a juggling act would be an understatement. But Kristen says that it’s comforting knowing that she’s the one who her loved ones have been able to count on for help.

Kristen became a caregiver in 2009 when her father fell and suffered a traumatic brain injury, which led to paralysis. Her parents lived in Ohio, and she lived 500 miles away in Missouri. Kristen would make the long drive every month to help her mom cope with her dad’s injury.

Kristen provided a calm presence while her mom struggled emotionally. She helped arrange appointments, made sure bills were paid, assisted with insurance claims and shuttled her parents wherever they needed to go. She also started caring for her mom in 2014. For six years until her father died, “a lot of it was back and forth travel, going to help hold things together,” Kristen says.

As a caregiver, it’s a daily, almost hourly, concern—how am I going to manage this?

Around the time Kristen became a caregiver for her mom, her partner became disabled from an injury. So she was—and still is—providing daily care for him. She also has been helping care for her granddaughter, who was born in 2012 and spends a majority of her time at Kristen’s house.

“As a caregiver, it’s a daily, almost hourly, concern,” Kristen says. “I kept thinking, ‘How am I going to manage this?” She’s tried to do her best, but it hasn’t been easy.

Kristen says her parents had been financially savvy and were able to avoid scammers who targeted them. Her mom, in particular, would not cave and knew when to tell them to “take a hike,” Kristen says.

Then he abandoned their mom and said he wouldn’t come back until she paid him. So she started giving him money every time he asked.

However, her parents did become victims of fraud—not by a stranger, but by one of Kristen’s brothers. He was the first child to come help after their dad fell. Kristen says their mother showered him with thanks, paid his bills, and bought him a car. Then he abandoned their mom and said he wouldn’t come back until she paid him. So she started giving him money every time he asked. “It was never enough,” Kristen says.

This went on for two years before Kristen’s mom eventually recognized that she was being scammed. When she asked Kristen what to do, Kristen asked how much money she had paid. “It was a horrible amount,” Kristen says. Fortunately, she was able to persuade her mom to stop handing out money to her brother.

The stress of caregiving led Kristen to see a counselor for a while. However, as a self-employed writer without workplace insurance benefits, it was a cost she couldn’t continue to bear.

Kristen has had aunts and uncles who have been supportive. But she needed someone to talk to or a place where she could vent. Because she could find so few sources online, Kristen started writing about the issues she was struggling with on her blog, Managing Midlife. “ I needed a resource. I needed a place to vent,” she says. “So I became what I needed.” As others in similar situations discovered her posts, they started reaching out to her—and she became a resource.

The more we take care of ourselves, the less that falls onto our adult children.

That said, Kristen wants to reduce the risk that anyone will have to care for her by exercising, eating well and taking care of her health. She’s also taking care of herself financially so she won’t be an obligation for others. “The more we take care of ourselves, the less that falls onto our adult children,” she says.

Kristen Edens has been a caregiver for four loved ones—first, for her mother and father, and currently for her partner and granddaughter. The impact of her experience inspired her to start her own blog, Managing Midlife. She also serves as a freelance writer and provides content and branding services. Hear more from Kristen on Facebook, Twitter, & LinkedIn.