We’ll pose it to our team of experts and get back to you as soon as we can.
Thanks for your question! We'll get back to you soon.
Oops! Something went wrong while submitting the form.
All Stories
Next Story
Debra Hallisey
Caregiver

On learning how to ask for and say yes to help. 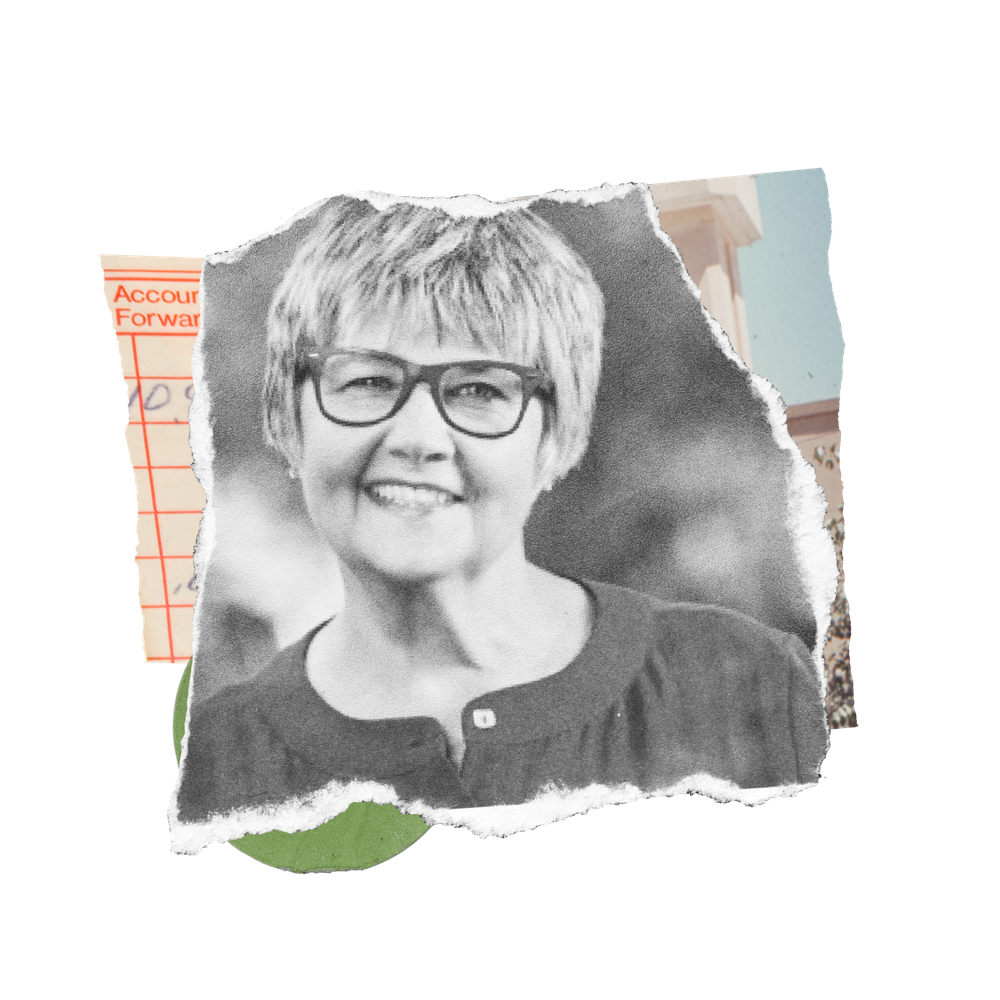 Deb Hallisey always knew she would have to take care of her parents someday. As the daughter and child who lived closest to her parents, it was a natural fit in her mind. In fact, she moved even closer to her parents as they were aging, knowing they would likely count on her for care at some point.

What Deb didn’t know was what being a caregiver would look like and how much time and money it would take. “I didn’t have a clue,” she says. She first stepped in when her father was suffering from congestive heart failure and helped care for him until he died in 2015. Since then, she has been caring for her disabled mother.

Caregiving is a big job. Don’t underestimate what it’s going to take.

The role she has had to play has been much more than what Deb expected. “It’s a big job,” Deb says. “Don’t underestimate what it’s going to take.”

Deb’s 88-year-old mother is legally blind, diabetic and has mobility issues. However, she still lives on her own. Deb says it’s her job to manage her mom’s money so she can afford to remain in her home as long as possible.

She has to stay on top of her mom’s expenses, oversee bill payments and preserve her mom’s income. Deb also has had to learn about benefit programs to help support her mom. For example, she applied for Department of Veterans Affairs Aid and Attendance benefits to provide monthly payments for her mom. And she set up a qualified income trust for her mom to hold her income so she could qualify for Medicaid.

The kind of financial support that I provide for my mother requires that I take off the hat of a daughter and put on the hat of an actuarial.

“The kind of financial support that I provide for my mother requires that I take off the hat of a daughter and put on the hat of an actuarial,” Deb says. “When you’re a financial caregiver, it goes beyond paying bills. It requires really understanding what community, federal and state services require for you to get those services.”

As her mom’s financial caregiver, Deb also has to help protect her from fraud. Early on, she discovered a mysterious $800 charge on her mom’s credit card. It turns out that the aide who had been hired to care for her mom used the credit card to purchase gift cards at a department store. Deb reported the fraudulent charge to the credit card company and fired the aide.

On top of financial caregiving responsibilities, Deb provides hands-on care for her mom. Every two weeks, Deb spends four days at her mom’s house to give the live-in caregiver a break and to monitor her mom’s physical and mental well-being. While there, Deb handles what are called instrumental activities of daily living -- grocery shopping, cleaning, driving and providing emotional support.

When she’s not with her mom, Deb talks with her on the phone at least once a day. She estimates that she spends 200 hours a month caring for her mother. “It’s every day I touch something for her,” she says.

Being a caregiver has forced Deb to put her own life on hold. “It’s a loss of my hopes and dreams and plans for the future,” she says. “There’s real grief in that, and there’s resentment in that. Figuring out how to work through those emotions is hard work but important work.”

It’s a loss of my hopes and dreams and plans for the future. Figuring out how to work through those emotions is hard work but important work.

Deb also has made financial sacrifices. She estimates that she has spent at least $20,000 caring for her mom over the past five years. She’s also suffered financially because she lost her job as a consultant.

“Losing my job was one of the worst things that happened and one of the best,” Deb says. Although it was hard for her financially and emotionally, it set her on the path to starting her own business, AdvocateforMomandDad.com. She provides information on her website to help children of aging parents, and she offers consulting services. She also has written a book, “Your Caregiving Relationship Contract.”

Deb says the most important thing for caregivers to do is to learn as much as they can about the role they have to play. “If you’re not a caregiver yet, you will be one, so don’t bury your head in the sand,” she says. “Educate yourself. There’s a lot of resources out there, and they’re good resources.”

When she lost her dad, Deb says she didn’t know where to start to help her mom. She found herself spending lots of time researching what resources were available and talking to other caregivers. Now she’s using all that she has learned to educate other caregivers.

One of the best things I ever did was learn how to ask for and say yes to help. It is probably the single most important thing I do as a caregiver.

Deb says she also has learned how important it is to ask for help. “Too often, as caregivers we think, ‘Nobody can do it as good as I. I don’t want to impose,’” she says. But people are willing to help. And you can make it easier for them, Deb says, by being specific about the help you need.

“It has brought us closer and brought us to be a team that, quite honestly, I could have not imagined before this happened,” Deb says. Caregiving has a way of helping you learn and grow in wonderful ways, she says.

Debra Hallisey is a past and present caregiver. Currently caregiver to her mother, and she saw her father through Congestive Heart Failure (CHF) until his death in 2015. Deb used the knowledge she had gained to develop www.AdvocateforMomandDad.com. The site offers practical advice for caregivers and learns from others how they handled challenges on issues such as legal, financial, insurance, and caregiving. Hear more from Deb on Facebook, Twitter, & LinkedIn.