5 Ways to Get Reluctant Parents to Talk About Their Finances 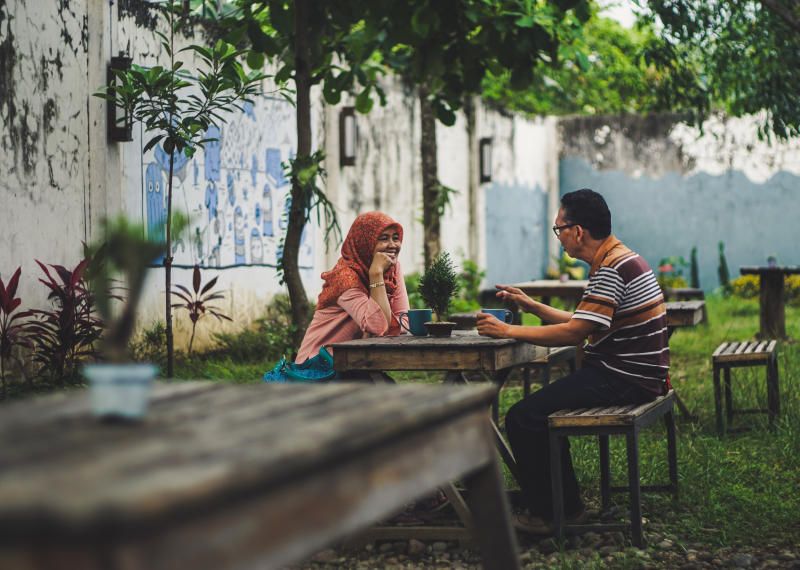 Getting your parents to become comfortable with the idea of discussing their finances with you can take time. So if you’ve tried once or twice without luck, don’t throw in the towel just yet. This is going to take some persistence.

I’m not suggesting that you act like a toddler in the checkout lane at the supermarket who won’t stop badgering until he gets the candy he wants. You don’t want to nag your parents to the point that they start avoiding you. But you shouldn’t assume that because they’ve avoided money talks so far that you’ll never get through to them.

“Trying to have conversations can’t be a bad thing,” said financial planner Daniel Lash. “If you try many times and your parents aren’t open, there’s not much you can do. But if you tell them why it’s important to you, most parents will talk. They will give you some feedback. They’re not going to ignore you completely.”

That’s coming from someone who has talked to his own parents about their finances and has helped clients open the lines of communication with their parents. So with that in mind, here are some strategies that might help you get through to even the most reluctant parents.

Get a third party involved

Let’s face it: Your parents might still think of you as a kid. You could be a 45-year-old doctor with a thriving practice, but your parents see you as that defiant teenager you once were. So it’s no wonder they’re having a hard time sharing financial details that they think are none of your business.

In that situation, getting a third party involved can help. Although your parents have resisted your efforts to get them to discuss their finances, they could be willing to open up to a financial planner, an attorney, a clergy member, or even a trusted friend, said eldercare expert Linda Fodrini-Johnson.

“Trying to have conversations can’t be a bad thing,” said financial planner Daniel Lash. “If you try many times and your parents aren’t open, there’s not much you can do. But if you tell them why it’s important to you, most parents will talk. They will give you some feedback. They’re not going to ignore you completely.”

You could reach out to any of those third parties your parents have a relationship with and ask that they encourage your parents to clue you in on key aspects of their finances. For example, you might know that your mom’s sister has had conversations with her kids about her finances. So you could ask her to share with your mom how she and her children have benefitted from talking about what legal documents she has and what they need to know about her finances in case of an emergency.

Another option is for you meet with an eldercare manager, also known as an aging life care manager or geriatric care manager. These professionals are experts in helping families communicate, solve problems, and plan for financial issues related to aging. You could describe your parents’ personalities to the care manager to get an individualized approach for talking to them, Fodrini-Johnson said. The Aging Life Care Association has a member directory you can search on its website to find a professional near you.

Motivational what? Don’t let the terminology scare you. Motivational interviewing is a counseling style that aims to help people who are resistant to change overcome their roadblocks to change. Financial psychologist Brad Klontz said it’s typically used for treating drug and alcohol addiction, but he recommends trying it if your parents are reluctant to share any information with you about their finances

You could tell your parents that having a conversation about their finances would be like their gift to you – a gift they likely would have wanted from their parents.

Say you’ve tried to discuss the importance of having a will with your mom but she’s always resisted your attempts to have a conversation – likely because talking about wills and estate planning forces her to think about death. So you try to bring up the topic once again.

You: “Hey, Mom I think it’s important that you get a will.”

You: “Okay. So you don’t see any value in getting a will.”

You: “So you do think there is value in getting a will. Maybe we can talk about what the value would be for you.”

If Mom continues to push back, Klontz said you could say something like, “So you feel it’s not important for us to know what you want?”

Notice that this sample dialogue doesn’t use the word “why.” If you respond by asking “why,” your parents could become defensive and take the opposite side of what you’re hoping for, Klontz said. Motivational interviewing gets them to think about the reasons why they don’t want to do or discuss what you’re suggesting without confrontation and hopefully gets them to stop resisting you.

Remind your parents about their parents

It might be time to pull out the big guns if your parents aren’t budging. By that, I mean telling your parents not to make the mistakes their own parents made. Of course, you don’t want to say something like, “You always complain about how you had to deal with the mess your dad created because he didn’t have a will, but now you’re going to do the same thing to me.” But you can gently remind your parents of the struggles they encountered – or are still coping with – as a result of their parents’ lack of financial planning or unwillingness to talk about money matters.

I used this tactic with my mom when I had to get her to surrender her car keys – which is arguably more difficult than getting parents to discuss their personal finances. When my mom was in the early stage of Alzheimer’s disease, she started getting confused while driving and having trouble getting where she wanted to go. I knew I had to take away her keys to protect her and other people on the road. So I reminded her of what happened once with her father.

My mother had taken me and my younger sister to her parents’ house and left us with her father while she went to check on her mother, who was in the hospital recovering from a heart attack. She made it very clear to us that we shouldn’t get in the car with our grandfather because he was having trouble remembering things and had a tendency to get lost.

Of course, you can guess what happened. I reminded my mom that our grandfather – her dad – asked us to go for a ride, and my sister and I didn’t know how to politely decline because we were both younger than 10 years old at the time. So off we went. During the entire ride, my sister and I asked our grandfather if he knew where he was because we were convinced that he was lost.

I told my mom that we were terrified. Then I let that sink in a little bit before telling her that I couldn’t let the same thing happen to her – I couldn’t let her endanger herself or others. I’m sure it was hard for her to hear that, but she gave up her keys without a fight. I think she was so cooperative because I made it clear that I was looking out for her rather than trying to take away her independence.

You could tell your parents that having a conversation about their finances would be like their gift to you – a gift they likely would have wanted from their parents. Hopefully this will resonate because they won’t want you to go through what they endured with their parents.

If your parents are resisting your efforts to talk about their finances now, you might be able to get them to agree on possible scenarios when they would be willing to share information with you. Financial psychologist Mary Gresham recommends saying, “I don’t want to take control and deprive you of your freedom and independence.” Then ask, “What can we set out as a marker that would say we need to consider X, Y, Z? I want you to tell me when you might be in need of more support. What would need to happen?”

The point is to get your parents thinking about triggering events – such as a stroke, dementia, loss of a spouse – that would require them to get help from you. Ask them to make a list of these situations and give you a copy so you’ll know when they need more support than what they’re getting now, Gresham said. Point out that by creating this list, you’re giving them control. And be sure to refer to it if one of the situations arises to remind your parents that they already agreed to share information with you at this point.

Your parents might not be willing to tell you anything about their finances, but they might agree to write down the information you’re trying to get. You could let them know that you understand that they’re reluctant to share personal financial details.

However, add that you think it’s important for you to have access to this information if a crisis were to arise. Then ask if they’d be willing to make a list of the accounts, insurance policies, legal documents, and final wishes they have. Tell them they can hang onto the list, but they need to tell you where you can find it in case of an emergency.

This strategy can work well with parents who are reluctant to speak openly about their finances. It lets them maintain control of the information they’re giving you. Again, though, it’s important that they let you know where you can find their financial inventory if you need it. If they’re still wary, ask them to take it a step further by making a list of the situations in which it’s okay for you to have access to their financial inventory.

This article originally appeared as a chapter in Mom and Dad, We Need to Talk; Cameron Huddleston; Copyright © 2019 by Cameron Huddleston. All Rights Reserved. Reprinted with permission of John Wiley & Sons, Inc. 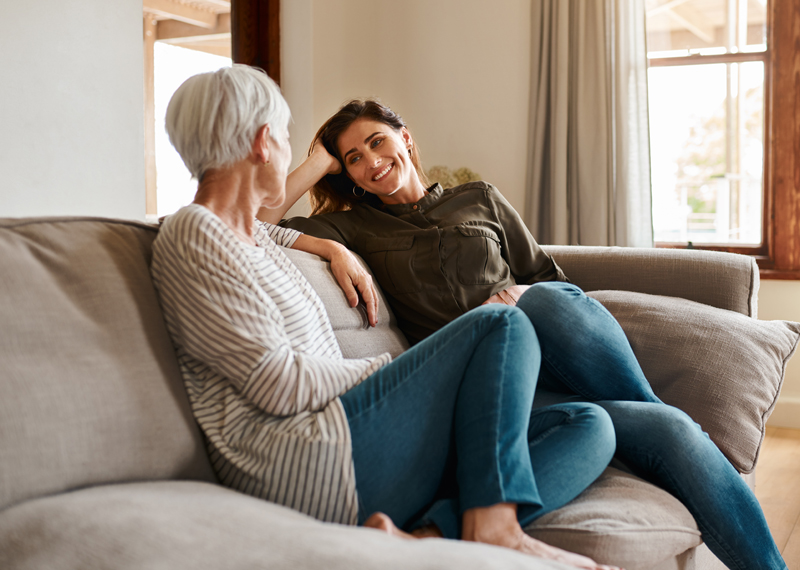 Why You Should Talk to Your Adult Children About Your Finances 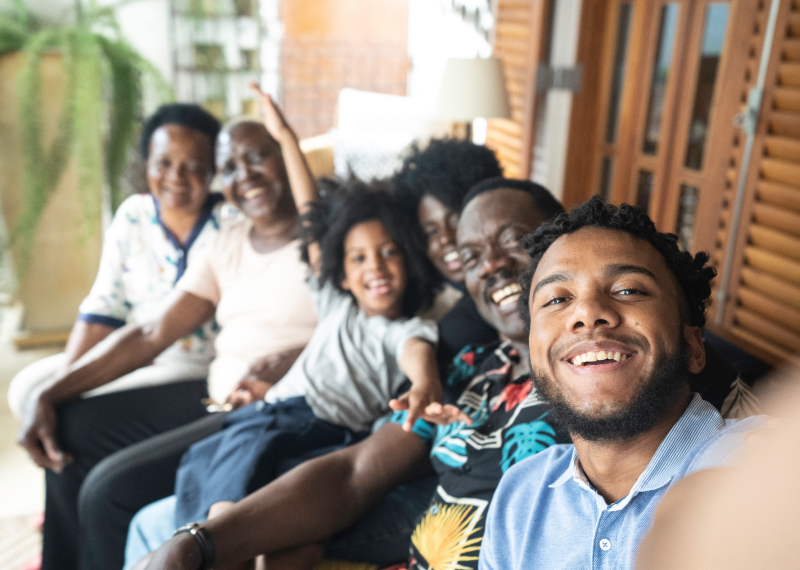 How to Stop Arguing With Siblings About Your Parents’ Care 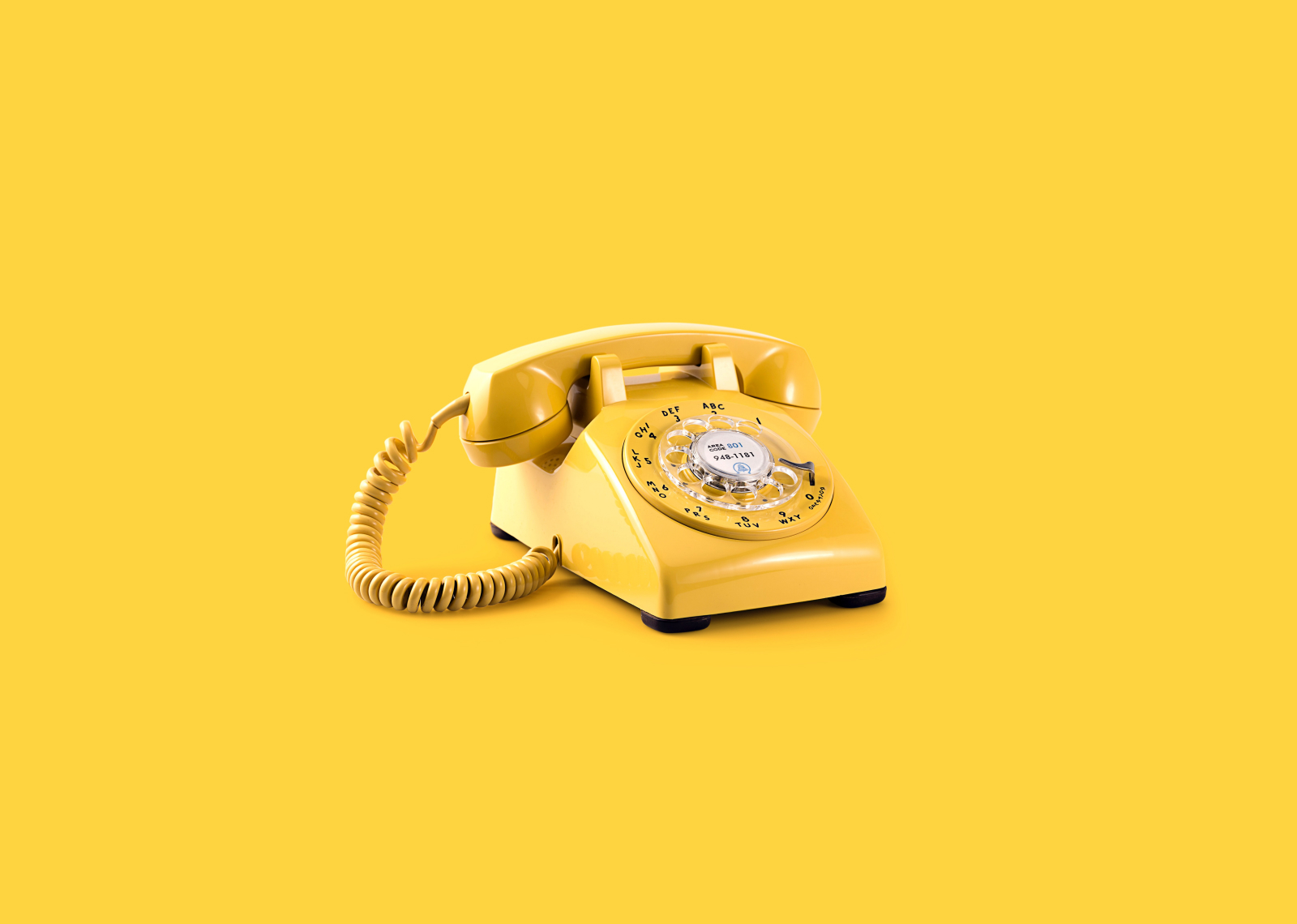 How to Speak So Your Parents Will Listen