We’ll pose it to our team of experts and get back to you as soon as we can.
Thanks for your question! We'll get back to you soon.
Oops! Something went wrong while submitting the form.
All Stories
Next Story
Richard Eisenberg
Author & Managing Editor of Next Avenue

Richard served as caregiver twice in his life. 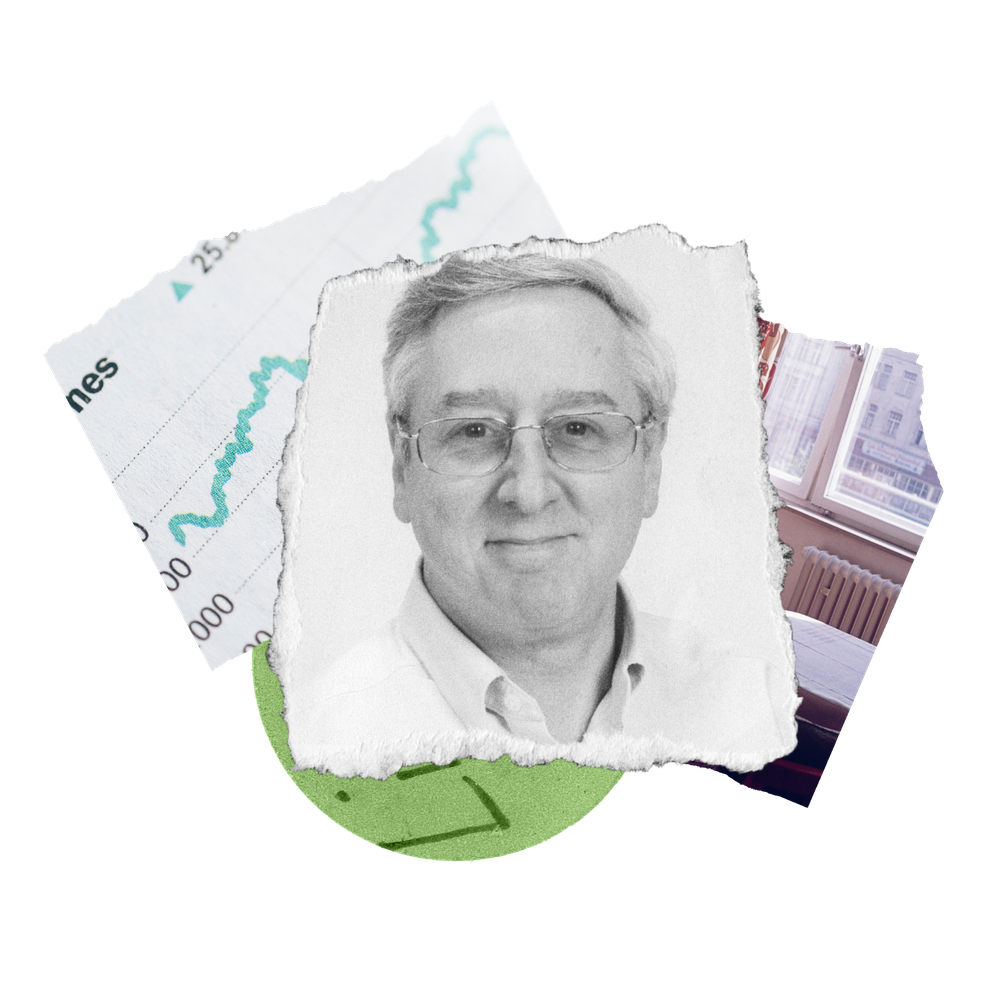 Richard Eisenberg has been a caregiver twice in his life. First, he helped his mother for five years while she was suffering with dementia.  When his mother died in 2012,  Richard then became a caregiver for his father for four years until he died in 2016.

Fortunately, Richard didn’t have to care for his parents entirely on his own. He and his older sister, Robin, worked together to give their parents the support they needed. “We felt like we wanted to be sure our parents were being taken care of as best as we could,” he says.

They did hire a home health aide to oversee their parents’ day-to-day care, but Richard and his sister took on all of the financial caregiving duties. That meant monitoring their parents’ spending, ensuring bills were being paid and helping them make sound financial decisions.

Offering to help without pushing to take over

While Richard’s mother was living, his father was mostly able to manage the couple’s money matters but needed some help from Richard and his sister. After his mother died and his father’s health started to deteriorate, Richard realized that he and his sister needed to play a more active role in their father’s finances.

However, he didn’t want to push too hard to get involved. He never confronted his dad or challenged him because Richard didn’t want his dad to feel he was incapable of handling his finances on his own. “I know he would’ve been very defensive about that and might have gotten angry,” he says. “And that would’ve put an end to it.” Instead, Richard says he gently nudged his father to let him help.

By the way, while we’re here, let’s just be sure the bills get paid.

Richard lived near his dad in New Jersey, and his sister lived outside of Philadelphia. To make it seem like his and his sister’s involvement with their dad’s finances was natural rather than intrusive, they would visit their dad once a week. After taking their dad out to lunch, Richard and his sister would casually offer assistance. They would say, “By the way, while we’re here, let’s just be sure the bills get paid.”

Richard says he knows that his dad was grateful for his help even though his dad didn’t say so. And Richard is grateful for his sister’s help. “We were very lucky as brother and sister that we got along and were on the same team,” he says. “I know that isn’t always true for siblings.”

Making sure his parents’ money would last

Richard’s biggest challenge as a financial caregiver was making sure his parents didn’t run out of money. “That was our biggest worry,” he says. His parents were in their 80s and living on Social Security benefits, some savings and a small pension that Richard’s father had.

We wanted to be sure things didn’t get to the point that things were so dire that we were going to have to come up with more money for their expenses.

Because his parents didn’t have much money, he wanted to make sure they weren’t wasting any of it. So Richard would look for ways to reduce their spending. He and his sister would even pitch in financially when necessary.  “We wanted to be sure things didn’t get to the point that things were so dire that we were going to have to come up with more money for their expenses,” he says.

Fortunately, Richard’s parents never lost money to scammers. But Richard did discover that they had been overpaying for renters insurance for their small apartment. He called the insurance company to contest the high premiums his parents had been paying and got it reduced. Richard also had to confront his own father about his spending when he discovered his dad had signed up for a book-of-the-month club but wasn’t reading the books he was receiving. “I said to him, ‘We really need to stop this,’” he says. At first, Richard’s father questioned why he should give up his monthly book subscription. “Ultimately, he realized I knew best in this case.”

As a personal finance writer and editor, Richard had ample knowledge about how to get involved with his parents’ finances and help. He says the most important step for someone with aging parents is to recognize the signs that their parents might have cognitive problems that are making it difficult for them to manage money matters. Pay attention to whether they’re having trouble staying on top of their bills, taking longer to write checks or struggling to calculate a tip, for example.  “It’s a sign you need to step in … because it’s only going to get worse over time,” he says. "The sooner you can step in and be helpful, the better it will be.”

The sooner you can step in and be helpful, the better it will be.

Also be prepared to devote the time it takes to help your parents, he says. If possible, visit them on a regular basis to review their finances. Set up automatic payments to ensure that bills are paid. And ask your parents to name you their power of attorney so you can handle financial transactions for them when they are no longer able to themselves.

Most importantly, take the responsibility seriously. Richard says that your parents need to know that you’re looking out for their best interests. “I feel overall that we did what we should’ve done and what we needed to do, and it was helpful for our parents and us,” he says.

Richard Eisenberg was a caregiver for his mother and father. Along with being a caregiver, Richard has helped people manage their finances and careers as a writer and editor at major media outlets, including Money, Yahoo!, CBS MoneyWatch, USA Today and Good Housekeeping. He has also written two books, How to Avoid a Mid-Life Financial Crisis and The Money Book of Personal Finance. He’s currently managing editor at Next Avenue. You can hear more from Richard on Facebook, Twitter, & LinkedIn.