What to Do If You Can't Pay for Long-Term Care 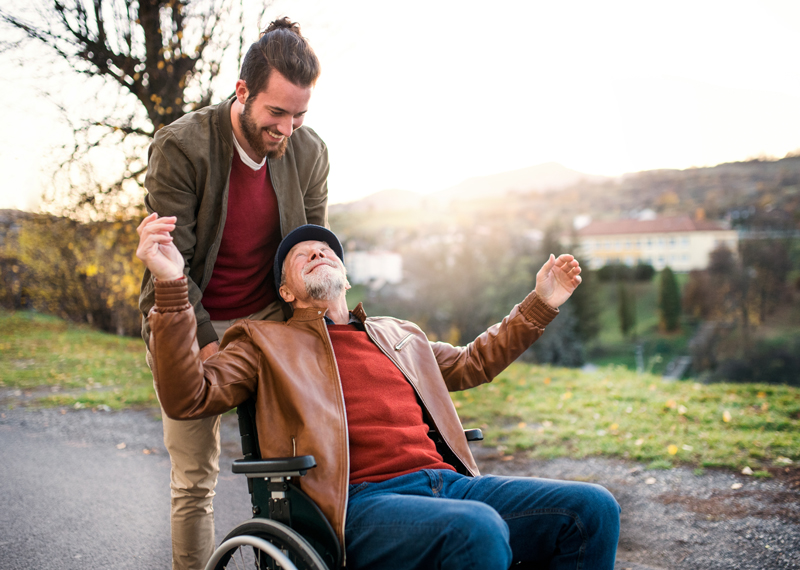 Long-term care is the type of care you would need if a health issue or cognitive decline leaves you unable to do things such as dress, bathe and eat on your own. There’s a good chance you or your loved ones might need this sort of care because more than half of adults 65 and older are expected to need long-term care, according to the Department of Health and Human Services.

The biggest hurdle to getting professional long-term care is the cost. The median annual cost ranges from about $50,000 for a home health aide or assisted living to more than $100,000 for a private room in a skilled nursing facility. Because most people don’t plan for the possibility of needing long-term care, they can find themselves unable to afford it if they have to receive care.

There are a few options, though, to pay for long-term care if you don’t have savings or a long-term care insurance policy to cover the cost. Carefull family finance expert Cameron Huddleston spoke with elder law attorney Eric Goldberg, of Goldberg Law Group in New Jersey, about what to do if you can’t pay for long-term care. Below is an edited version of their conversation.  You can watch the full interview here.

‍[ Read: What You Need to Know About Long-Term Care ]

‍Cameron Huddleston:  What are options that people have if they cannot pay for long-term care? Are there things that they can do? Are there support systems in place to help people who cannot afford long-term care?

‍Eric Goldberg: One of the main programs that we deal with at New Jersey Elder Law Center is Medicaid, and Medicaid is a monolith of a program. It covers a lot of different areas, mainly areas that require an individual to be poverty stricken.

When we talk about long-term care in the United States, but specifically in New Jersey, we're talking about receiving long-term care in three different places: either at home, in assisted living or in a nursing home. In New Jersey, at home care is up to 40 hours a week. The state and county pay for an aide to come in, assisted living and a nursing home.

‍Cameron: I want to point out that Medicaid can vary a lot state by state because it is a joint federal and state program. Maybe in New Jersey, Medicaid will cover that care at home, and it can cover assisted living, and it can cover nursing home care. But is that true across all states? What sort of care does Medicaid typically pay for?

‍Eric: That's a tough question to answer because, yes, Medicaid is a federal program. Since I'm not licensed in most states in the nation, I couldn't answer that question.  But in Pennsylvania, New Jersey and New York, it does cover home care. But as you rightly pointed out, it's all over the map.

There are federal rules, but the federal government allows the states to interpret those rules. For instance, as I said before, New Jersey Medicaid will only cover up to 40 hours a week of care at home. In New York state, they'll pay for 24/7.

‍[ Find Out: What to Know About the Different Types of Long-Term Care ]

‍How do you qualify for Medicaid to pay for long-term care?

‍Cameron: I would hope that you could go into a little bit more detail about the process that you need to go through to qualify for Medicaid. You mentioned assets and income. What sort of personal condition do you need to be in to qualify to receive support through Medicaid?

‍Eric: Medicaid, in general, has two qualifying criteria. There's the clinical, and then there's the financial. To start with the clinical, one must need assistance with at least three activities of daily living. The activities of daily living are walking, dressing, bathing, toileting, feeding oneself, and transferring from a bed or a chair to a wheelchair or to walker, or have a cognitive disability such that it is impossible for them to live on their own. Coincidentally, those are the same criteria that most long-term care insurance companies require for you to receive a benefit.

The next criteria and the more difficult criteria is the financial criteria, and this gets a little bit complicated. So let's first talk about a single individual. A single individual can have no more than $2,000 in assets, plus they can keep exempt assets. So if an individual is receiving Medicaid at home, for instance, their home, as long as they're living there and it's their main residence, is an exempt asset. Their automobiles are exempt assets.

Can you qualify for Medicaid without impovershing yourself?

‍Cameron: There are some strategies that you can employ to qualify for Medicaid without necessarily impoverishing yourself or your spouse. Can you touch on some of those strategies?

‍Eric: In one case, I had a married couple: a husband going into a nursing home, wife worried about becoming impoverished due to his care, which was going to be $12,000 or $13,000 a month. They had $300,000 left, and she was terrified of losing that money. They were renting in a condominium complex. What I recommended she do is find a unit in that condominium complex that was for sale. She purchased it, converting her countable resources into a non-countable resource that was used for her primary residence. He was able to get on Medicaid immediately.

Another federally mandated strategy that New Jersey only recently has come to embrace is what's called a Medicaid-compliant annuity. This strategy is a little bit complicated because most people don't understand how annuities work. In essence, an annuity is an insurance product. You give the insurance company one lump sum in return for that they're promised to pay you back monthly over a certain term. In this case, it must be irrevocable. It must be non-marketable. So you're stuck with it, in essence. What you're doing is you're converting your countable assets into an inaccessible income stream, for the most part.

The best way to do this is for the community spouse—this is a non-applying spouse. Before the Medicaid qualification, the combined marital assets are countable. Now we’ve purchased this product, making it non-countable. When it starts coming in as an income stream, the community ill spouse is already qualified for Medicaid. So it no longer counts.

Can you transfer assets to qualify for Medicaid?

‍Eric: The transferring assets is a very interesting aspect of Medicaid. When one applies for Medicaid, the applicant or their family gives the county five years of financial statements, five years of any real estate owned, and the county pours over these accounts. They're really mainly looking for gifts. Anything that is given to another individual or a cash withdrawal is presumed to be given away to qualify for Medicaid earlier when you can't explain it, or you can explain it but it's not acceptable to Medicaid. For instance, “I gave it to my daughter because she wanted to buy a new house,” that is not an acceptable reason for Medicaid.

So if you're giving money away and then your loved one is in a nursing home, it is certainly going to be a penalty. They're going to divide it, and let's say the penalty comes out to 100 days. That 100 days is going to cost the family $400 or $420 a day instead of the $361.20 that New Jersey considers it to cost. So it's a real penalty.

It's important if you're giving a gift, you want to apply for Medicaid as soon as possible in a low-cost environment in order to get the penalty running. We use this strategy when somebody has already given gifts, and we say, “OK, we did the review. You've got a nine-month penalty here. Mom's still at home. Let's apply right now while she's at home so we can get this penalty running.”

Can veterans get long-term care benefits?

‍Cameron: I want to ask you about another government program that can help people who need long-term care and cannot afford to pay for it out of pocket. Doesn't the Department of Veterans Affairs have programs to help service members?

‍Eric: They do. The two that we've tapped in the past is the simple VA program that will provide an aide for a couple of hours a week. When somebody is beginning to decline, the VA in certain counties, will pay for an aide only a few hours a week.

The main program that we access is called Aid and Attendance. That is what's called a non-service connected pension benefit. So you don't have to have been disabled due to a wartime industrial injury. You must prove that you were a veteran. And the definition of a veteran is an individual who served 90 days and at least one of those days during wartime. They did not have to serve overseas. They could have been a New Jersey serving in bootcamp.

Once somebody is determined to be a veteran, then what the VA does is they do an analysis. You have to have less than $130,380 in countable assets. The home again is not counted, nor is an automobile.

Once you have that, then you need to show the VA that you need assistance with at least two, if not three, activities of daily living—the walking, bathing, dressing, feeding, toileting and transferring—and that your income for VA purposes is zero or less to get the full benefit. So what is the income for VA purposes? It's your income—Social Security and pension, your family income—minus your unreimbursed medical expenses. So normally when someone has an aide coming into the home, that the aide more than exceeds their income.

Sounds simple. It's a very complicated program to navigate. Nobody's allowed to charge you to help you with it. We found in the last two years, it's been taking 12 to 16 months sometimes to receive approval. So it's very frustrating, but once you get it, it's a direct deposit into your account for the rest of your life.

We've seen it help people stay in assisted living longer to keep them off Medicaid longer. It is a great program. It's just hard to navigate, unfortunately.

Truly Medicaid and the VA are the only real programs that are going to help people unless their families have the resources to be able to pay for them.

How can you find an elder law attorney to help?

‍Cameron: If there is going to be a long-term care need in your family, or if you're already facing that need, this is not something you can navigate on your own. You really do need the help of a professional. If someone is looking for an elder law attorney, what's the best way to go about it?

‍[ Keep Reading: How to Help Your Parents Hire a Financial Advisor ] 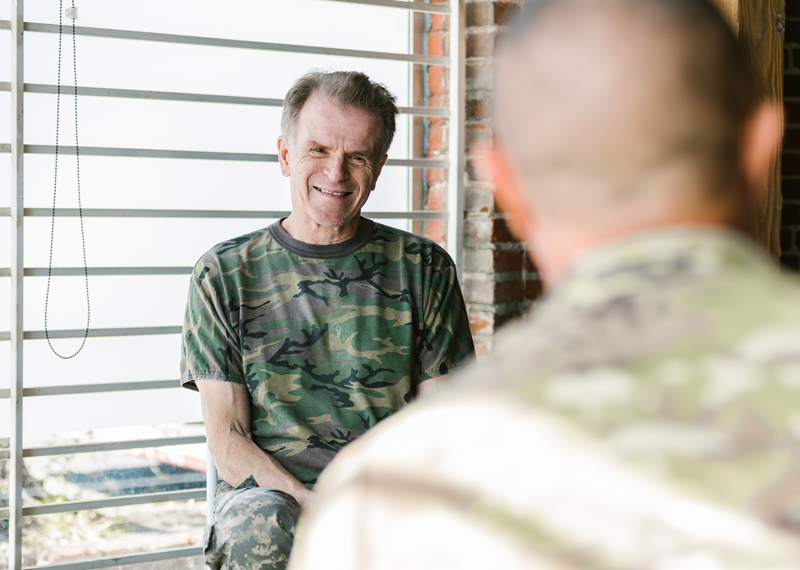 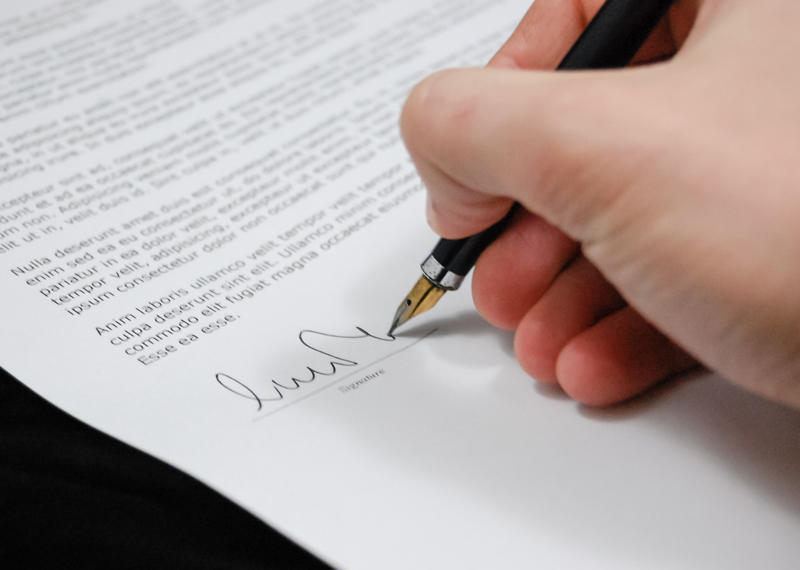 How to Prevent Power of Attorney Abuse 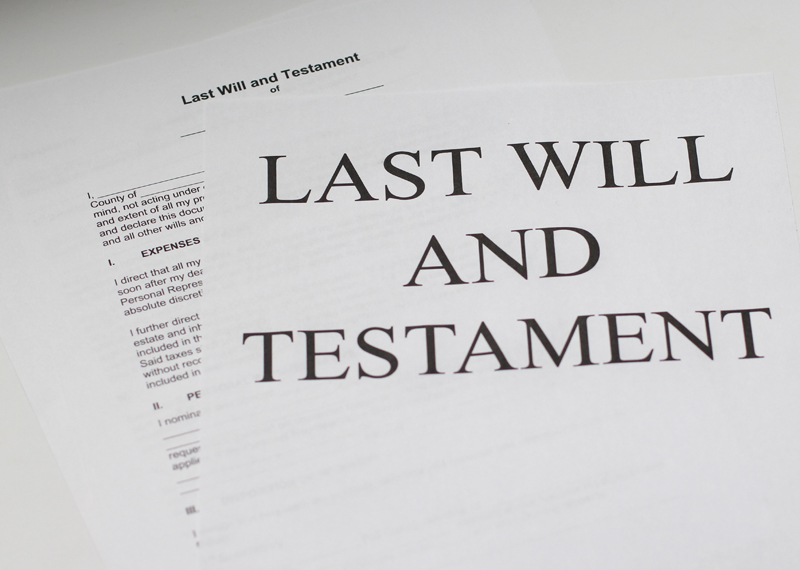